We are in the midst of the largest European Bird Flu outbreak ever, while the bird flu season has yet to begin. Experts and poultry farmers are holding their hearts for the winter.

What is going on? Why are all these animals being slaughtered? And can this develop into a new pandemic? 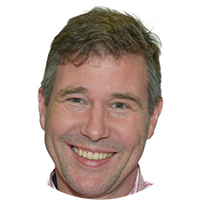 With the help of Thijs Kuiken, professor of virology at Erasmus MC, NOS made a video about the Bird Flu.

We are in the midst of the biggest European outbreak ever. Bird flu has been around for a long time, almost 20 years. This year something special is happening. Normally there is almost no bird flu in summer and then it comes back in winter. This year, bird flu never went away. And to prevent its spread, 5 million birds have already been culled in one year in the Netherlands. Why are all these animals being culled?

What is bird flu? Bird flu is a virus native to wild birds, ducks, geese and swans. Actually, this is not so bad; this is a low pathogenic variant. The birds do not get that sick from this.

Until 1996. That is when the virus started mutating in poultry. In a Chinese poultry farm, the virus mutates into a highly pathogenic variant. It jumps from one poultry farm to another.

In 2003, this also happens in the Netherlands, when a low-pathogenic variant mutates into a high-pathogenic variant here and causes tremendous damage. Thirty million chickens and other poultry are eventually culled. Also preventively. A little later, this pathogenic variant spills over into wild birds in Asia. In 2016, it also enters the Netherlands. And with that variant, we are still dealing with today. But how does such a virus enter the poultry farms? Bird flu comes along with infected migratory birds that come here in wintertime. That they come here, that is not a disaster. That is just what birds do. But what birds also do is defecate. If poop comes from an infected bird, it can also contain virus particles. And if an infected bird then also defecates over a poultry farm then it can infect the poultry. And there are many potential victims because we have 100 million chickens in the Netherlands alone.

Why are the concerns big now? In previous years, you see peaks and troughs. The peaks start in October. The bird flu season starts in Europe in October. Infected migratory birds from Siberia come this way in autumn to spend the winter. They also keep bringing the virus back with them when they fly back in summer and it basically disappears for six months. This year, the virus has behaved differently. It has adapted better to wild birds and has stuck to birds that live here all year round.

In other words; bird flu never went away, including from the chicken coop. This year, 63 farms have already been culled, compared to 13 in 2021.

How exactly the poop gets into the barn, you never really know. The bird poops above the stable, but it also gets in through people’s boots, vehicles, vermin and dust, for example. It can be on anything. There can be 100 million virus particles in 1 gram of poop. A chicken is an omnivore, so if it eats a grain of sand containing a virus particle, the chicken gets sick. In addition, the virus can also survive longer in winter, than in summer. This is because of the lower temperatures in winter. So you also immediately understand the worries about winter.

And what you also do not want is for the virus to spread to mammals. It doesn’t happen often, but there are known examples of foxes, seals and otters with bird flu. Probably because they ate an infected bird. What about humans? There are also people who get bird flu because they have been around infected animals, but these can be counted on one hand in this variant. People do not get as sick from it and do not pass it on easily. But with a few mutations, that could just change. Especially if bird flu combines with other flu strains and it passes from human to human. And when that happens on a global scale, you speak of a pandemic. For example, in 2009, swine flu. This was a mix of swine, bird and human flu. It particularly affected people under the age of 65.

Right now, there are a few measures against the spread of bird flu. There is compulsory housing, which means the animals cannot go outside. There are strict hygiene rules and there is a duty to report suspicious cases immediately so that action can be taken quickly. Intervention usually means killing the animals. That is not the only thing. If you as a company have bird flu, the Dutch Food and Consumer Product Safety Authority (NVWA) will take a look. They also check whether animals within a one-kilometer radius have to be culled preventively. Things used to be different. Back then, animals within a one-kilometer radius were culled as standard. Now it is looked at on a case-by-case basis.

The NVWA takes samples within a 3-kilometer radius. These will be tested for infections. Within a 10-kilometer radius, a transport ban is imposed on poultry, other animals, manure and eggs.

If we have had bird flu for so long, why is there no solution? And why do we keep culling animals? There are experts who say that if we continue like this we will never get rid of bird flu. In the Netherlands, poultry density is about 6 times higher than the European average. So there is quite a lot of room to slim down, says one expert. However, not all experts agree. And poultry farmers are hoping for something else; a vaccination.

There are vaccines against bird flu, but they are not actually used in Europe. This is because of the European non-vaccination policy. The idea is that by not vaccinating you can quickly see where the outbreaks are. Besides, a vaccination is not effective forever. Something else you run into is that not all countries accept products from vaccinated animals. And that does pose a problem, because three quarters of all our poultry products are exported abroad.

Exciting times are coming, and it remains to be seen what winter will bring us.